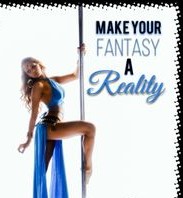 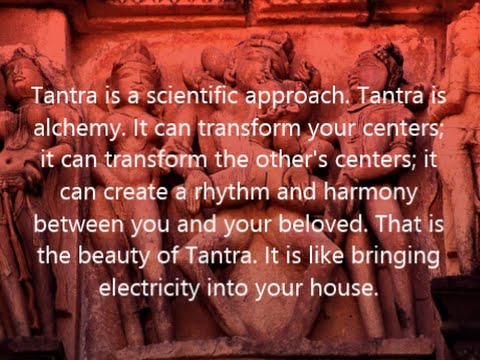 To understand Tantric Healing one must first understand Tantra, Right Brain Activity and the 5 Brain Circuits.  Right brain activity tends to be creative and innovative in character while left brain activity is rational and step-wise. The left brain controls the right side of the body and the right brain controls the left side of the body. The right brain contains the fifth brain circuit which is a holistic, superconscious state and is a major goal of Tantric rituals. Opening the fifth brain circuit, represented by Tiphareth in the Tree of Life, brings the feeling of bliss, a vision of wholeness, the abililty to see holistically, and a neurosomatic ability ( NEUROSOMATIC MEANS "MIND OVER MATTER" ), among many other benefits. It is also the first step to even higher brain circuits with abilities we almost never tap into.  Another right brain activity is sex. The fourth brain circuit, the sexual circuit is located in the right hemisphere of our brains. When this brain circuit is energized, chemical changes are made in the body and brain which are enormously healing, inspirational, and energizing. This energy and chemistry can be used to awaken and energize the fifth brain circuit, creating even more chemical changes in the body of a highly desirable nature. We can heal our bodies with the chemical changes these brain circuits produce (neurosomatic means mind over matter) and many Tantric rituals, many techniques of the Tree of Life, and much of the teachings are designed in such a way as to energize these two circuits.

Akin to living in and experiencing a perpetual "Heaven On Earth" feeling, The Fifth Circuit activation releases a state of unrelenting, unimaginable pleasure and long lasting ecstatic bliss.  So profound and prolific is Fifth circuit activation on right brain activity that it can produce the same effect on the mind and body as narcotics.

There is nothing wrong with being an addict to fifth circuit chemistry but the person must be aware that they are addicted to the chemistry, not the source when in between a third circuit personality and a fifth circuit personality because the fourth brain circuit called the sexual brain is not a thinking circuit. At the point of orgasm when the sexual brain circuit takes over thought processes are put aside until later. The reason for this mental state is that the brain normally works with a single brain circuit in charge and two more brain circuits functioning but in lesser, supportive roles. This is the reason the Tantric techniques work so well. Tantra energizes the third brain circuit, the Rational mind, moving away from emotional childishness of the lower brain circuits. This brain circuit is used to energize the fourth brain circuit which is brought to a highly energized state but kept secondary to the Rational mind. If orgasm were allowed, not only would the chemistry shut down but the Sexual mind would take control for a short period of time and possibly allow the quick reacting second circuit Ego to grab control.

The fourth brain circuit is also highly vulnerable to outside influence and energies. The genetic code is protected by creating a Biosurvival sexual where The Ego is given territory to protect through a sexual need to dominate and control. The Rational mind has little of these needs and can be counted on to bring a healthier attitude to physical, emotional, mental, and spiritual growth. Please note that you must protect your fourth circuit from the predatory Ego and fearful Biosurvival circuits. You must also protect the Sexual brain from outside predation and from bad energy. 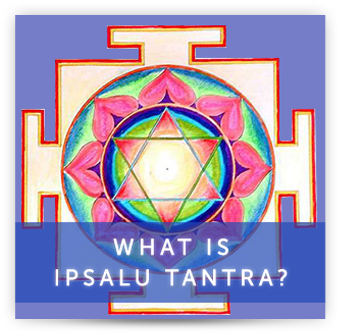 AN ACCELERATED COMPLETE SPIRITUAL PATH TO A HIGHER SENSE OF SENSUAL & EROTIC CONSCIOUSNESS OF HEALING, IPSALU KUNDALINI TANTRA WORKS ON ALL LEVELS OF MAN'S LIFE TO STRENGTHEN THE BODY, CALM EMOTIONS, ENHANCE THOUGHT PROCESSES, CLEAR REPRESSIVE ENERGY, STILL THE MIND, AROUSE INNER PASSIONS & RELEASE SEROTONIN & DOPAMINE TO INTENSE & EXTREME LEVELS TO AWAKEN YOUR TANTRIC BLISS ZEN ZONE.  MY ROLE IS AS A SACRED FEMININE INTIMATE & I ACT AS YOUR GUIDE ON THIS JOURNEY OF SELF DISCOVERY & ENLIGHTENMENT.  THE DISTINCTION BETWEEN ME & A MASSAGE THERAPIST OR TRADITIONAL BODYWORKER IS THE FACT I DON'T FOLLOW A MECHANICAL, SEQUENTIAL MASSAGE METHOD.  I GO WITH THE FLOW OF YOUR MOMENTARY MOOD & ENERGY VIBE DURING OUR SESSION.  YOUR ENERGY DICTATES MY METHOD & YOUR SYNERGY LEADS THE WAY.   A MASTER OF KUNDALINI TANTRA & THE IPSALU FORMULA FOR TANTRIC HEALING, THE MAGIC IS IN IT'S SYNERGY OF PRINCIPLES, PRACTICES, TRADITIONS & SCIENTIFICALLY BASED TECHNIQUES IT DRAWS UPON & THE WAY I APPLY THEM. IPSALU IS A SANSKRIT TERM FOR TRANSCENDING BEYOND DESIRE TO THE POINT OF FULL COMPLETION BEING FULLY PRESENT IN THE BODY.  USING ANCIENT WISDOM INTO CONSCIOUSNESS BREAKTHROUGHS, I WEAVE A COHESIVE INTIMATE CONNECTION WHERE LOVE IS EXPRESSED THROUGH TOUCH OF ANY & ALL FORMS USING BODY-ORIENTED METHODS.   HAVING A PROFOUNDLY INTIMATE UNDERSTANDING OF MAN'S PROCLIVITY, NATURE & CHARACTER, I USE THE TANTRIC RESONANCE PRINCIPLE TO TRANSVERSE YOUR THOUGHTS, TUNE INTO YOUR SPECIFIC ENERGY VIBRATION & CONNECT WITH YOU ON THAT FREQUENCY LEVEL TO ALLOW MY ENTIRE BEING TO BECOME A VESSEL OF LOVE, BLISS & ECSTACY  FOR YOU.  EVERY TECHNIQUE IS A CEREMONY & RITUAL TO CELEBRATE THE SENSUALITY OF FEMININITY, MAGNIFICENCE OF MASCULINITY & THE ESSENCE OF DISCOVERING THE INTRICACIES, DIFFERENCES, UNIQUENESS & SIMILARITIES OF THE MAN/WOMAN SACRED UNION.  IN IPSALU KUNDALINI TANTRA, FOR THAT MOMENT IN THE REALM OF TANTRIC BLISS, THE SACRED FEMINININE SURRENDERS TO THE DIVINE MASCULINE HER MIND, BODY & SPIRIT AS AN ACT OF REVERANCE.  FOLLOWING THE PATH OF SACRED FEMININITY, THE FEMALE ACCEPTS HER ROLE AS CAREGIVER & SUBMITS TO HONORING & CELEBRATING THE MALE'S MASCULINE DIVINITY AS AN UNSELFISH, UNINHIBITED & UNRESTRICTED PROVIDER OF HEALING, AFFIRMATION, TOUCH, AFFECTION, ATTENTION, INTIMACY & CONNECTION.  IN IPSALU KUNDALINI TANTRIC HEALING, EVERY MASSAGE TECHNIQUE IS BASED ON MAN'S NEED OF ONENESS & CONNECTION WITH WOMAN.

Ipsalu Tantra the Pink Tantra, and it is important to understand why.

Tantra is a vast science that is practiced by a number of lineages around the world.

White Tantra is practiced by those who seek a specifically spiritual experience. They focus primarily on upper energy centers (chakras), including heart, throat, third eye and crown, and conduct practices that enable them to unite with Spirit. For White Tantric practicioners, transcending the physical realm is key to their spiritual growth.

On the other hand, Red Tantra practitioners focus on the lower body chakras (including root, sexual and power), and the physical, sensual arts in order to generate and master sexual, life-force energy for deep physical experiences and physically energetic growth.  For them, the spiritual realms are of secondary concern.

Ipsalu Tantra Kriya Yoga understands the value of cultivating both the physical and the spiritual energy, and provides techniques that engage all chakras. Practitioners are encouraged to fully immerse into the physical aspects of their being by harnessing and cultivating the use of their vital life-force energy (sexual energy), as well as their spiritual aspects by healing their hearts and opening the crown chakra for a deeper connection with Spirit.  This results in a life in which we are fully in our bodies and on earth, while maintaining a connection with and awareness of the spiritual energy that exists in all things. Conscious of our multidimensional nature, we are less affected by outside circumstance and more present and accepting of what is, and loving all of it.

PROTECTED UNDER THE FIRST AMENDMENT AS A RECOGNIZED RELIGIOUS PRACTICE,  IPSALU / KUNDALINI TANTRA & IT'S HEALING TECHNIQUES TRANSCENDS THE TABOOS ASSOCIATED WITH COMBINING PLEASURE, TOUCH & SENSUALITY.   IN NO WAY A SEXUAL MASSAGE, TANTRIC TOUCH ACKNOWLEDGES YOUR SEXUAL ENERGY, CHANNELS IT & USING IT AS A TOOL TO ACCENTUATE THE ACQUIESCING EFFECTS OF HARMONY IT PRODUCES IN THE BODY. RECOGNIZING THE IMPORTANCE OF PHYSICAL POLARITY BETWEEN MASCULINE & FEMININE ENERGIES, THE FOCUS IS ON THE ENERGY BODY TO HEIGHTEN AWARENESS OF KUNDALINI ENERGY, A PLEASURABLY POWERFUL CONCENTRATED FIELD OF COSMIC STIMULI THAT REGISTERS ECSTACY, PLEASURE & BLISS ON AN INTENSIFIED ACCELERATED LEVEL.  MY HEALING CEREMONIES ARE GROUNDED IN THE IPSALU FORMULA OF INTERWEAVING ENERGIES ON MANY LEVELS FROM THE MUNDANE, TO THE STIMULATING, TO THE SENSUAL, TO THE EROTIC, TO THE EXPONENTIALLY INTENSE. AS A TANTRA GODDESS I USE THE POWER OF TOUCH TO GUIDE YOU ON A JOURNEY INTO YOUR TRUE SELF & IT'S ILLUMINATING INTRICACIES OF INTIMACY, DARKEST DEPTHS OF DESIRE & ENLIGHTENED ELEMENTS OF EROTICISM.  STIMULATING YOUR SENSES WHILE FOCUSING ON THE UPPER & LOWER CHAKRAS I INTEGRATE CONSCIOUS TOUCH, MASSAGE, BODY(2)BODYWORK, CHAKRA ATTUNEMENT, ENERGY HEALING, RELAXATION TECHNIQUES & TANTRIC THERAPIES.  ASSUMING THE ROLES OF THE COMPASSIONATE CAREGIVER, MAJESTIC MASSEUSE, HEDONISTIC HEALER, SENSUAL SUBMISSIVE, PLAYFUL PASSIVE, PROVOCATIVE PROVIDER, & VIVACIOUS VIXEN; AS YOUR TANTRA GODDESS I AM A MASTER OF THE TANTRIC PATHS OF:

WHITE TANTRA ( The Science Of Intimacy )

White tantra embraces spiritual connection and connecting with others in a spiritual state of oneness.  White tantra works through vibration and allowing and cultivating togetherness through the strong electromagnetic currents exuberantly flow in those instants of supreme pleasure & voluptuousness interaction of  touch and intimacy; thus the couple enters into Ecstasy or Samadhi.

RED TANTRA ( The Science Of Connection )

Red tantra is the aspect of the tantric path that deals with grounding the Spirit into the body through the awakening of the senses. Though the corrupt ego perceives the senses as objects and exploits their power, the senses are actually Divine in origin and exist to allow higher levels of our consciousness to experience pleasure on the physical plane. When senses are awakened to their Divine origin through spiritual Love, we are able to be present with and truly enjoy the experiences they provide.

PINK TANTRA ( The Science Of Sensuality )

Pink Tantra embraces both transcendence and sexual Life-force as beautiful and unites half way between them, in the fully incarnational nature of joyous innocence and Pure Love in the Heart. It is a Tantra of Love, Pure Being, Creative Freedom, Playfulness, and Natural Wholeness. This comes by the acceptance of primal innocence in every aspect of our Being, for this is the True Nature of our Core Being that is forever alive in the Divine Essence of all Existence.

GRAY TANTRA ( The Science Of Submission )

Gray Tantra embraces enjoying animalistic sensual thoughts, ideals and feelings focused on achieving the highest level of pleasure without regard, thought or need of another to produce ecstasy.

BLACK TANTRA ( The Science Of Surrender  )

Black Tantra embraces enjoying physical pleasure, without regard for achieving higher awareness and to help subconscious creative power, which can be accessed during sensual arousal of the mind, body and spirit eventually lead them to tantric 'samadhi'.

A Haven Of Healing, Portal To Peace & Journey Of Joy, Nothing & No One Compares To Gorgeous Nubian Goddess